Looking for an Affordable Circuit Simulation Tool? RF.Spice A/D is the Solution

Get a Free Evaluation License

RF.Spice A/D™ is a powerful visual simulation environment for analysis and design of analog, digital, RF and mixed-signal circuits and systems. Rather than verifying your circuit designs after the fact using real physical components with expensive laboratory test equipment, RF.Spice A/D allows you to perform accurate and realistic simulations of your circuits without clipping wires or splashing solder. With RF.Spice A/D, creating, modifying and simulating electronic circuits and systems is a quick, easy, even enjoyable, process.

The foundation of RF.Spice A/D has been built upon Berkeley Spice 3F5 and Georgia Tech XSpice simulation engines. The analog and digital circuit solvers have been integrated with an extensive library of RF devices, S-parameter-based multiport networks and a large variety of generic and physical transmission line types and transmission line discontinuity models. Featuring more than 25,000 preloaded devices, the parts database of RF.Spice A/D can easily be expanded by importing an unlimited number of external Netlist models or packaging user’s existing circuits as parameterized subcircuit models.

RF.Spice A/D provides a large collection of functional and behavioral macormodels for waveform generation, analog and digital signal processing, spectral processing and various modulation schemes. You can use these so-called black-box virtual blocks to perform effective system-level simulations without having to deal with the internal details of individual subsystems.

Due to popular demand, EMAG Technologies Inc. continues to offer a “Lite” version of RF.Spice A/D under the product name B2.Spice A/D, which was originally acquired from Beige Bag Software Inc. The “Lite” version does not include the RF and system simulation capabilities of the “Pro” version. 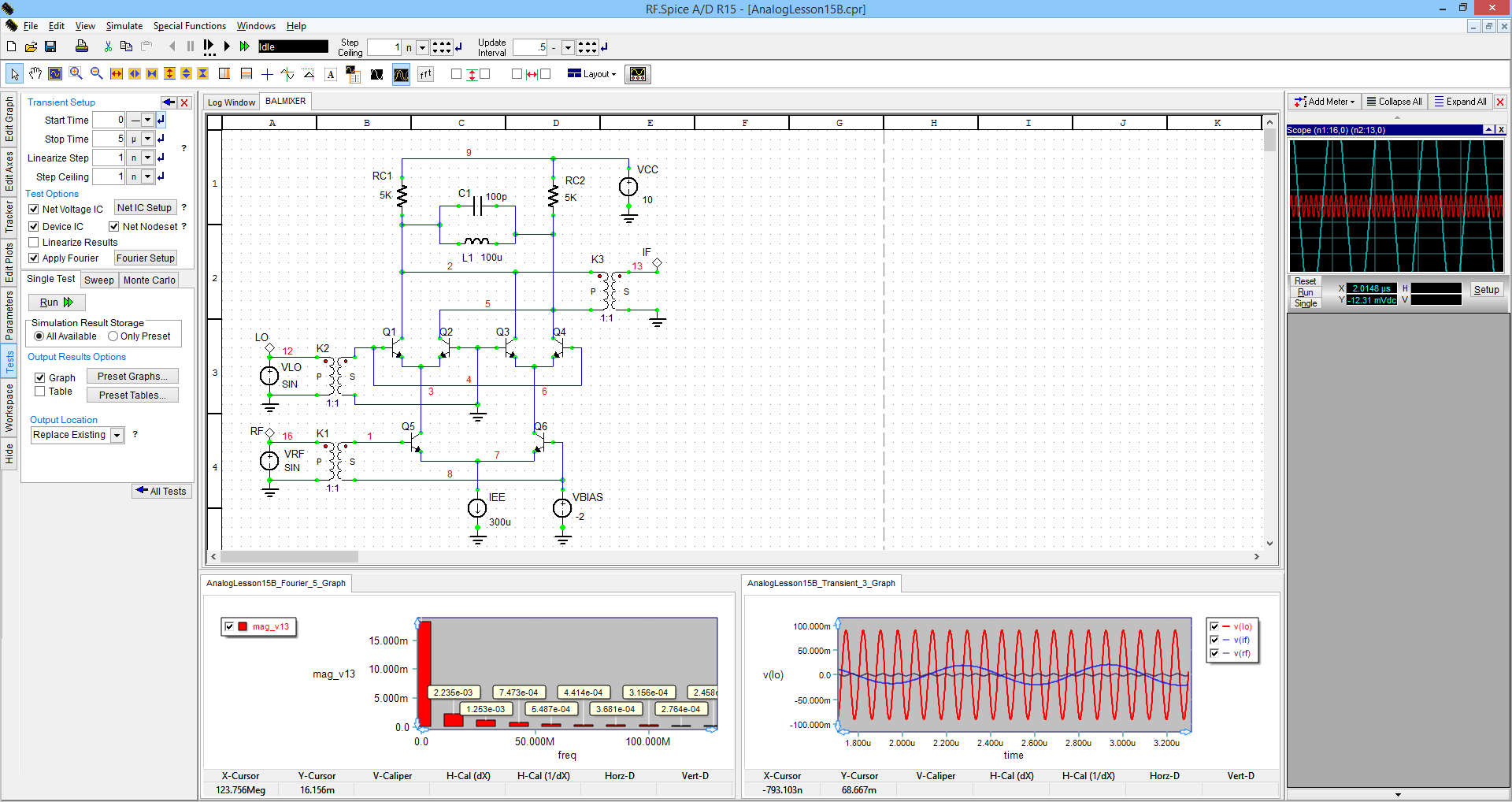 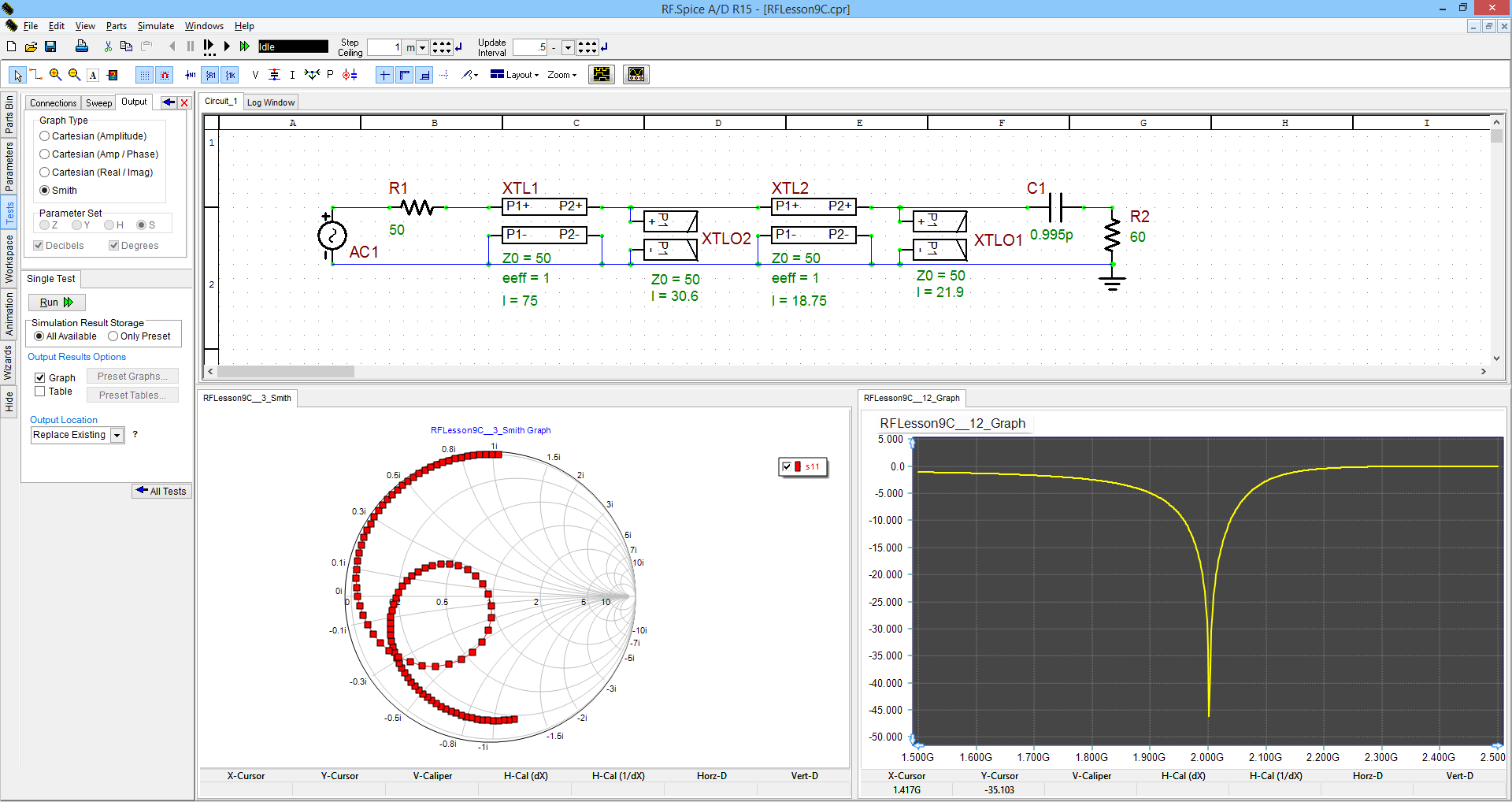 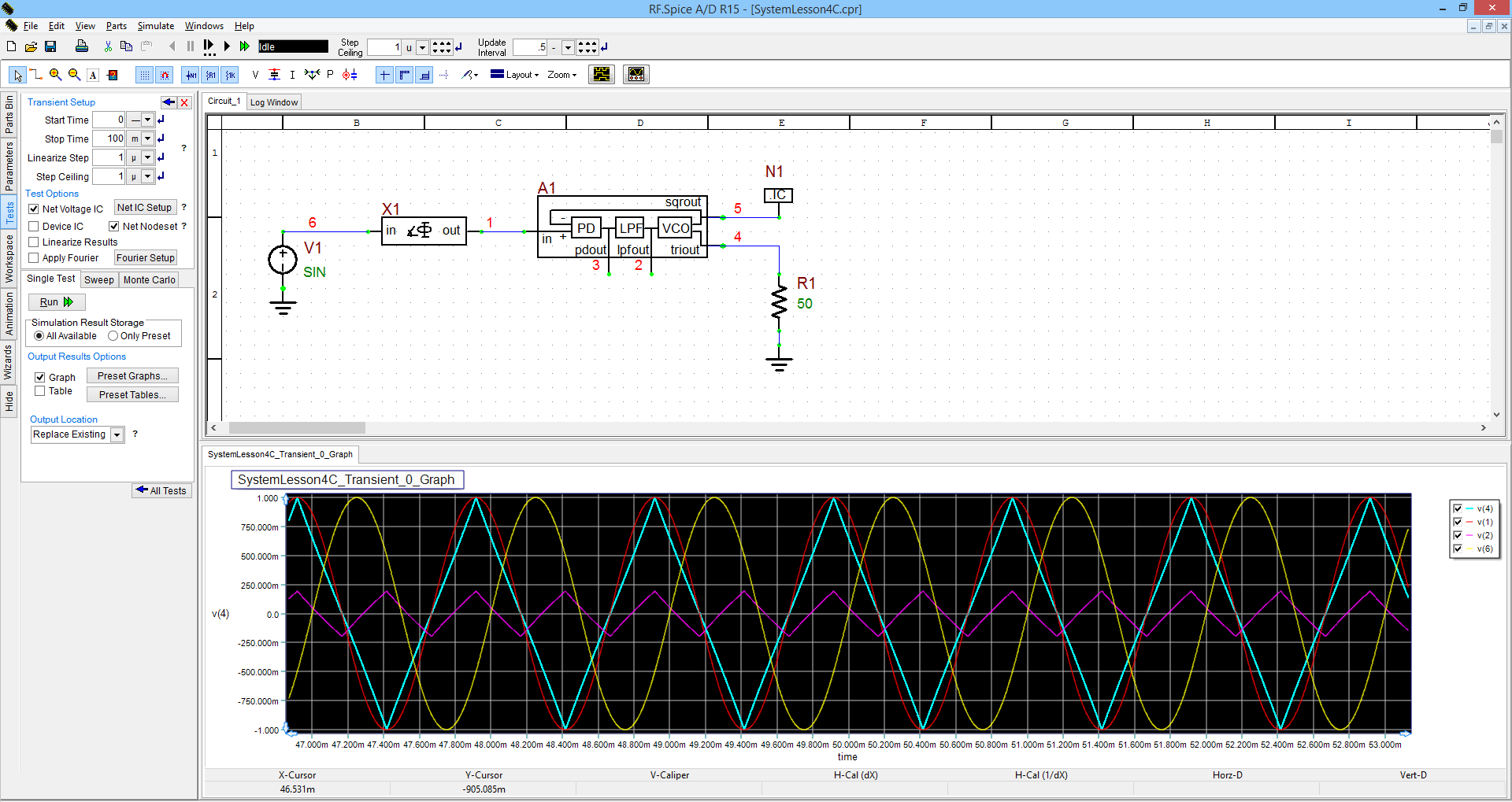 RF.Spice A/D is made up of a number of integrated components and utilities that make circuit simulation a simple and easy task: 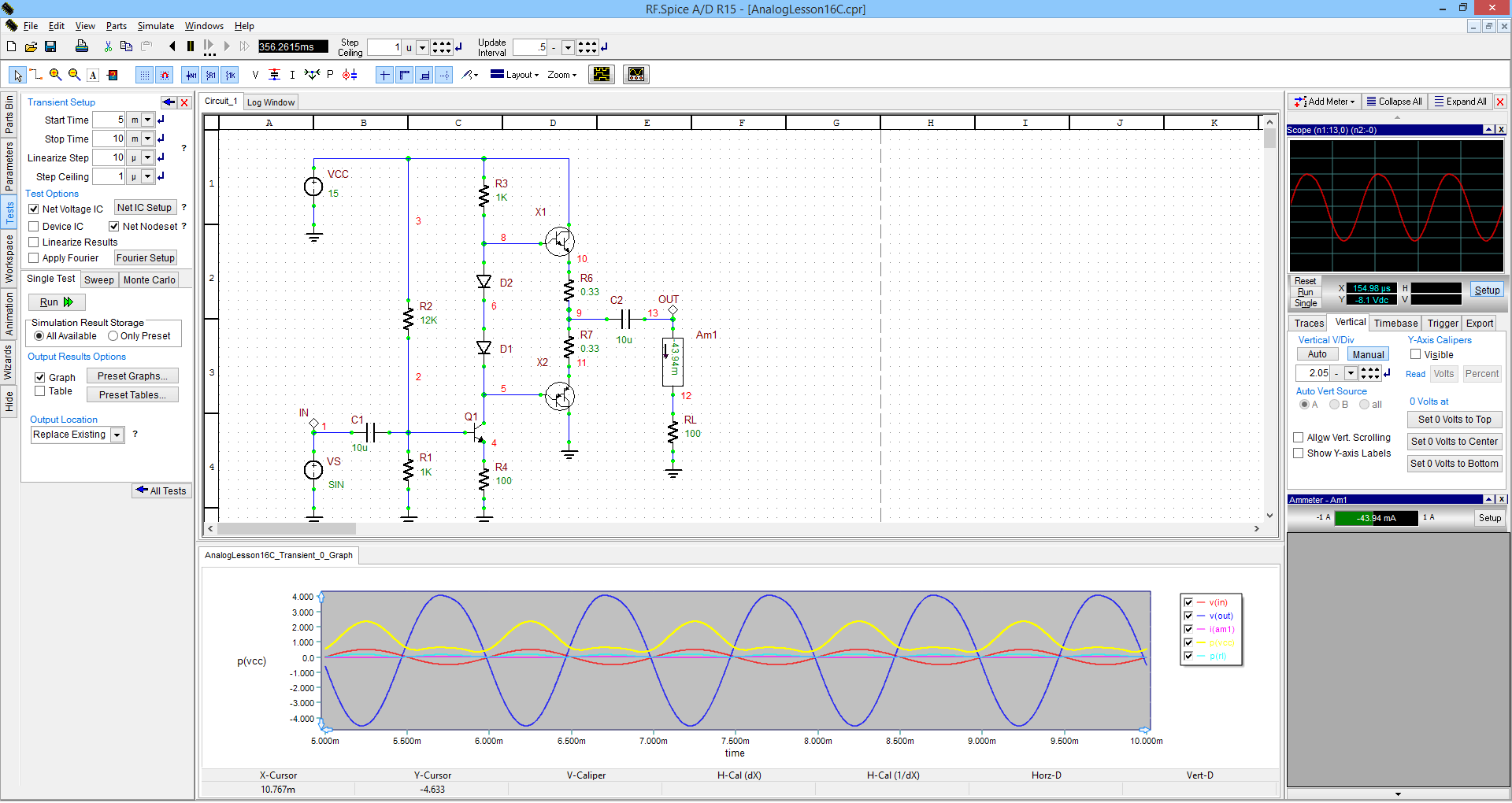 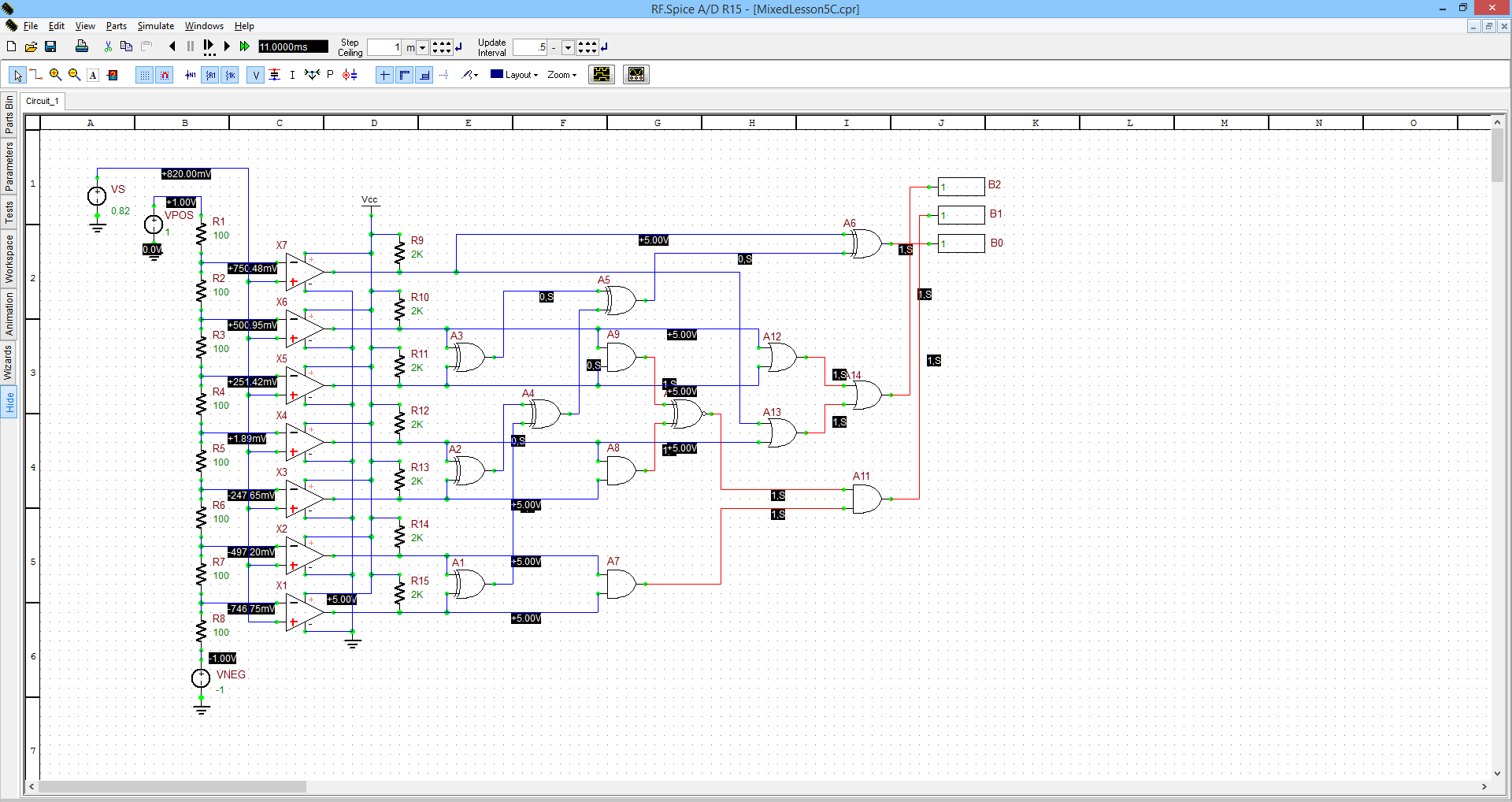 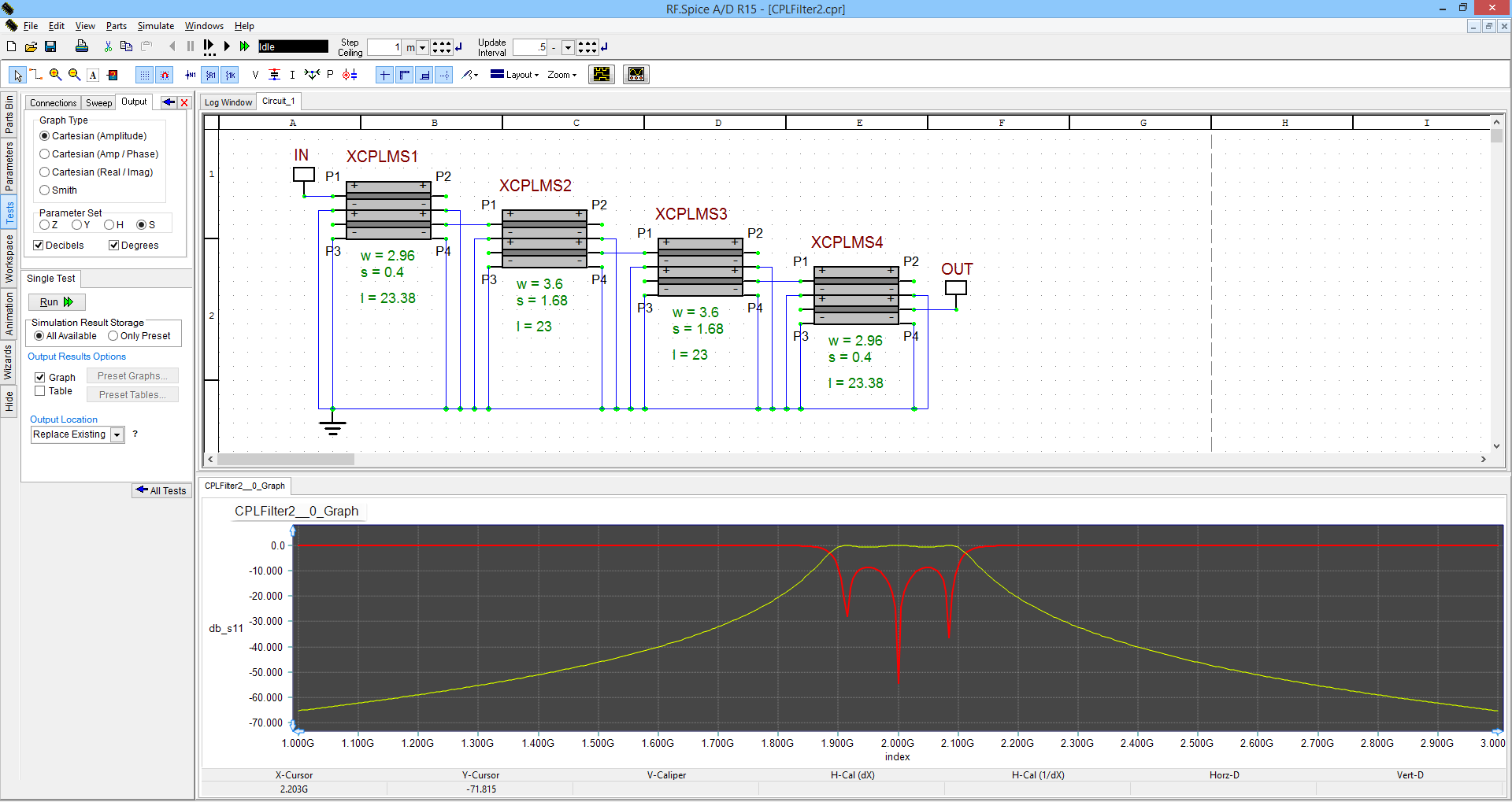 RF.Spice A/D Features at a Glance 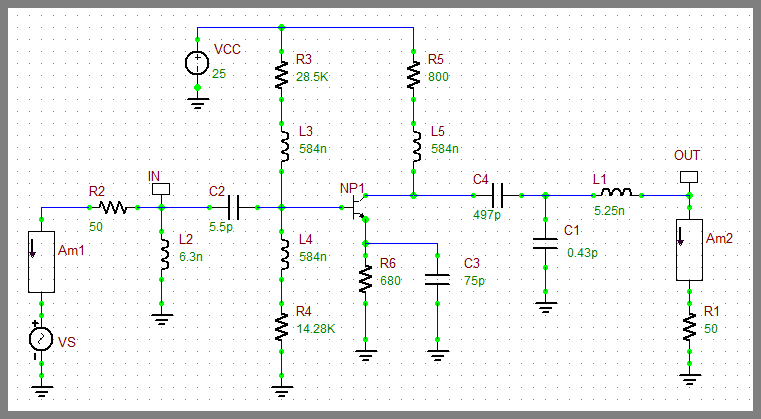 What can I solve with RF.Spice A/D?

Using RF.Spice A/D you can: 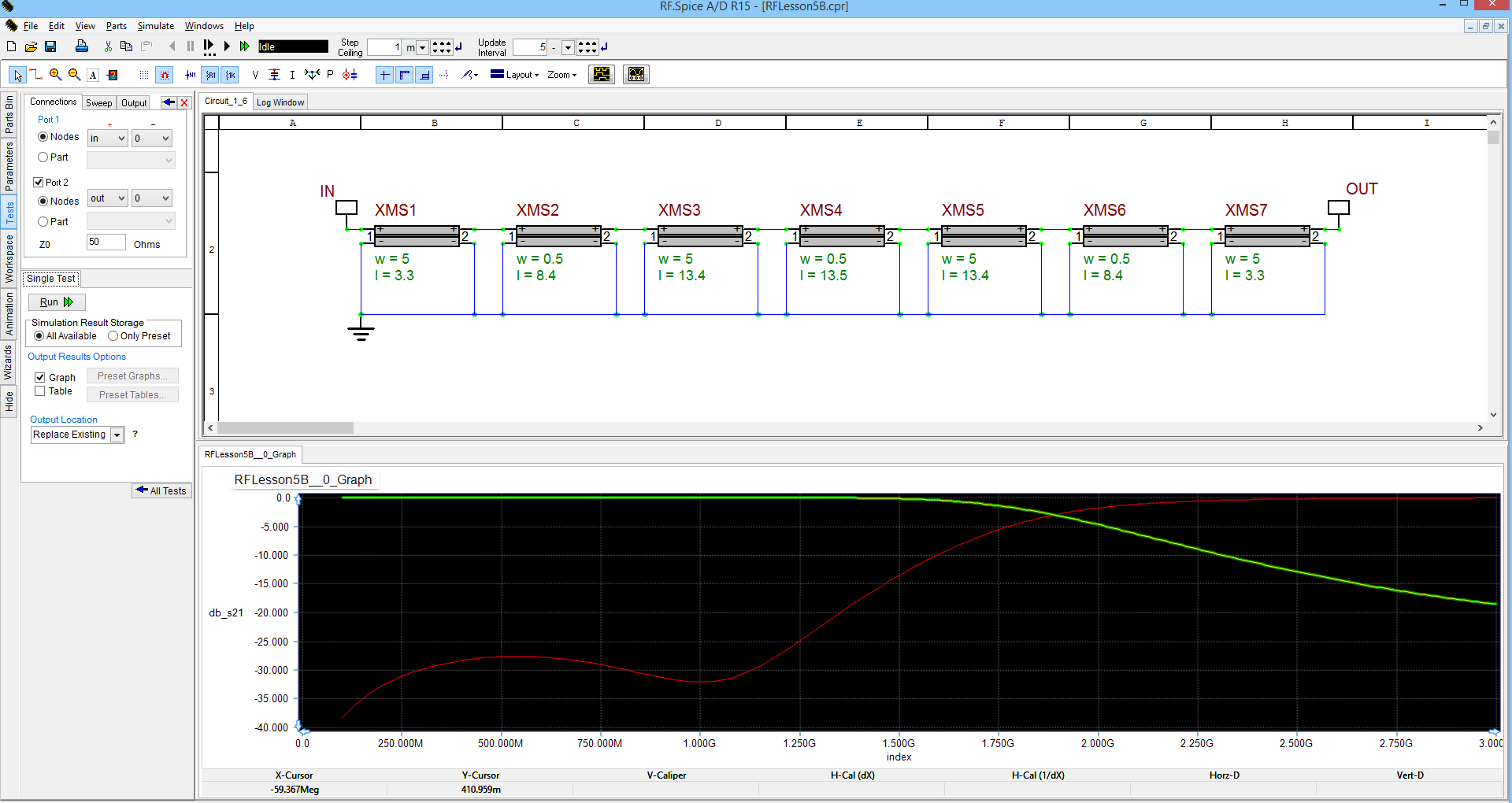 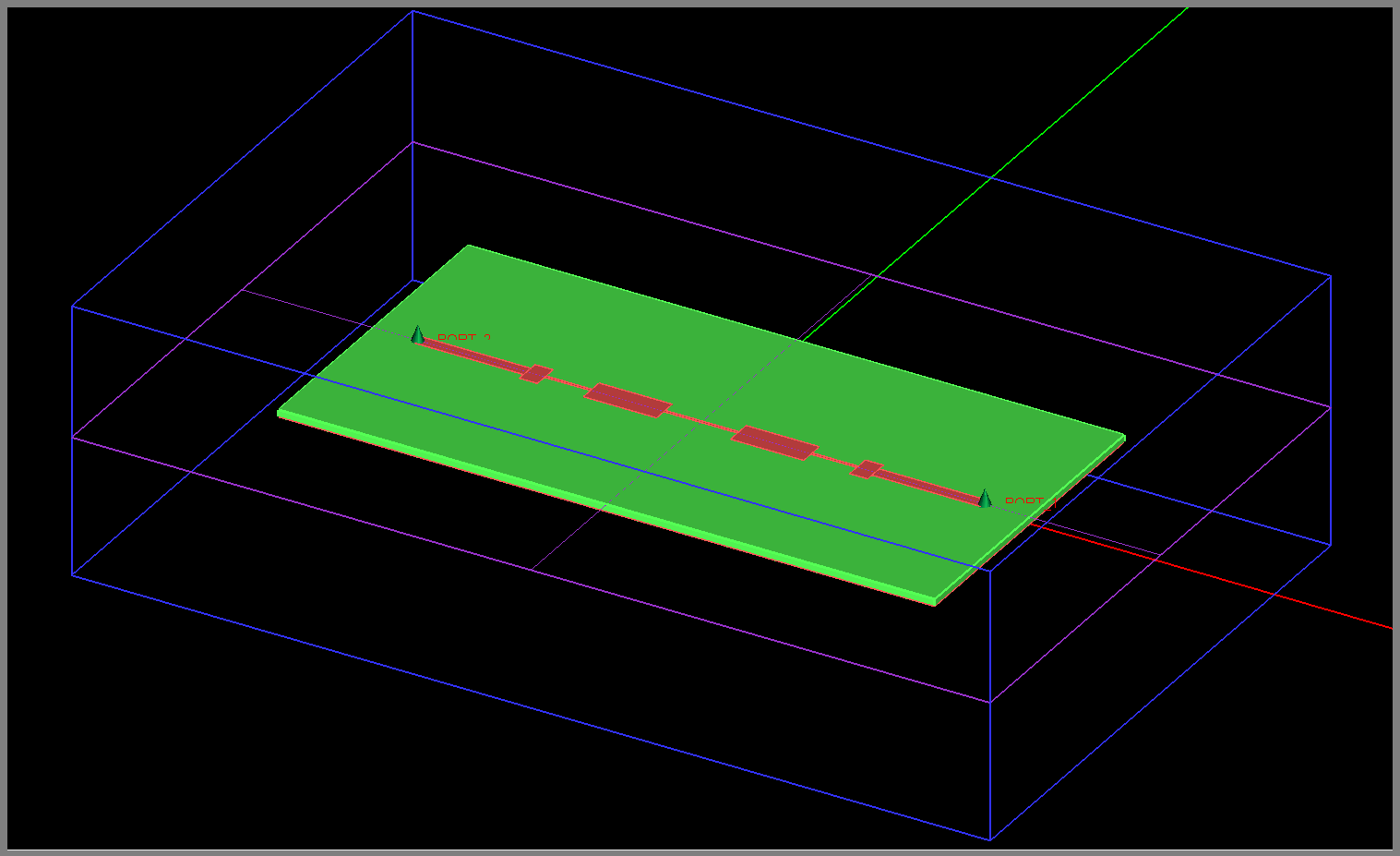 A Brief History of RF.Spice A/D

RF.Spice A/D is the outcome of evolution of EMAG’s older EDA tool, B2.Spice A/D, which was originally developed and introduced to the market by Beige Bag Software Inc. in mid 90s. For nearly two decades, B2.Spice has been productively used by thousands of electronic engineers, system designers, students, hobbyists, government agencies, etc. across the globe. RF.Spice A/D has been built upon the solid and age-tested foundation of B2.Spice A/D with an emphasis on maintaining its versatility and ease of use. RF.Spice A/D continues to offer the schematic, simulation and data visualization tools and utilities of the older product including its extensive parts database, its powerful device editor and all the analog, digital and mixed-mode analysis capabilities. To these we have added a large variety of transmission line models, multiport RF devices, a greatly expanded network analysis capability and a large library of system-level “black-box” virtual blocks.

Building on a Two-Decade-Old Legacy

RF.Spice A/D continues to provide the same convenience and versatility of B2.Spice A/D, which has been used by thousands of users since late 90s. Join the large community of B2.Spice A/D users around the globe today and enjoy the most intuitive circuit simulation and design tools at a fraction of the cost you would typically expect for this variety of features and capabilities! 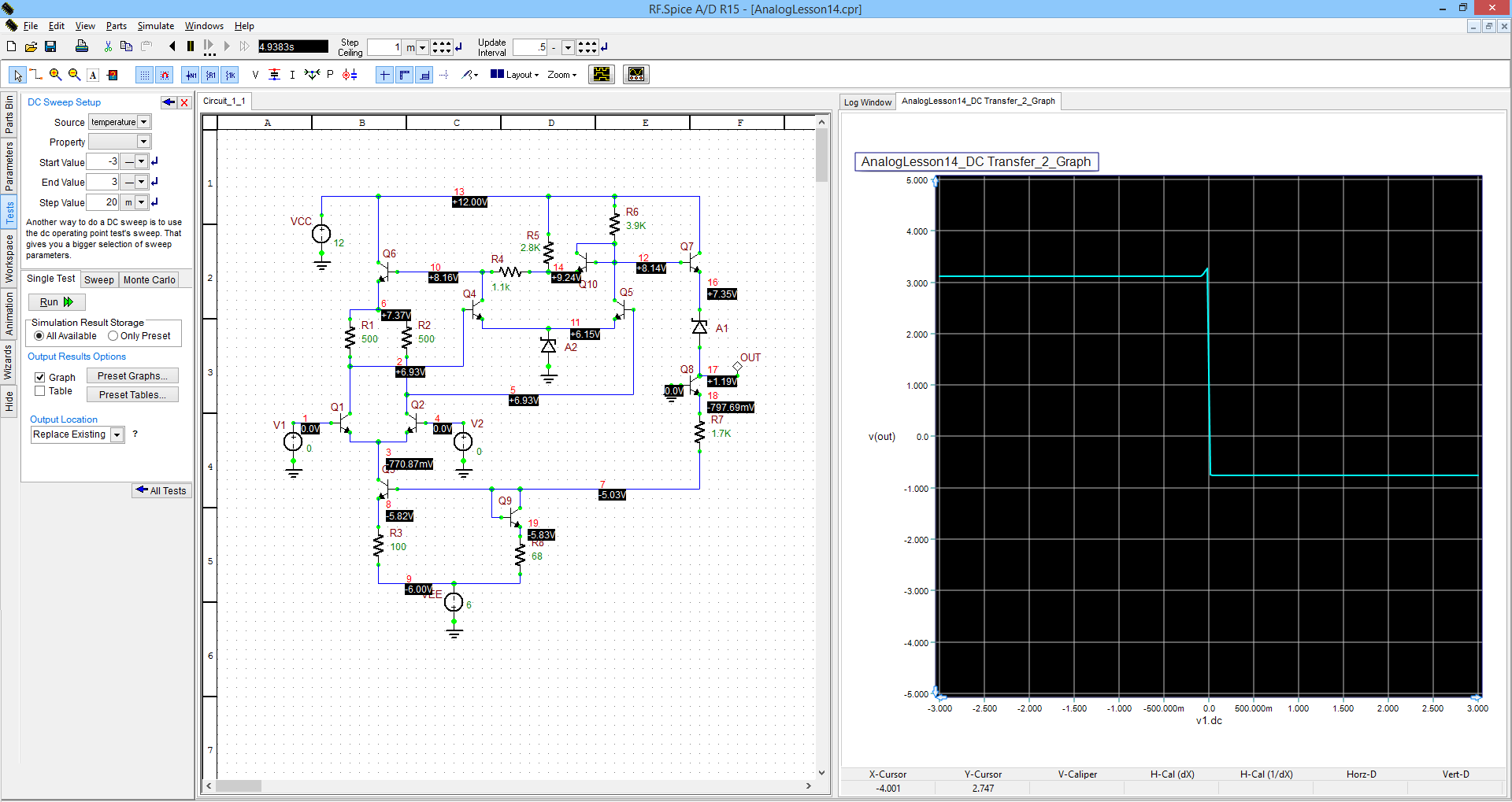 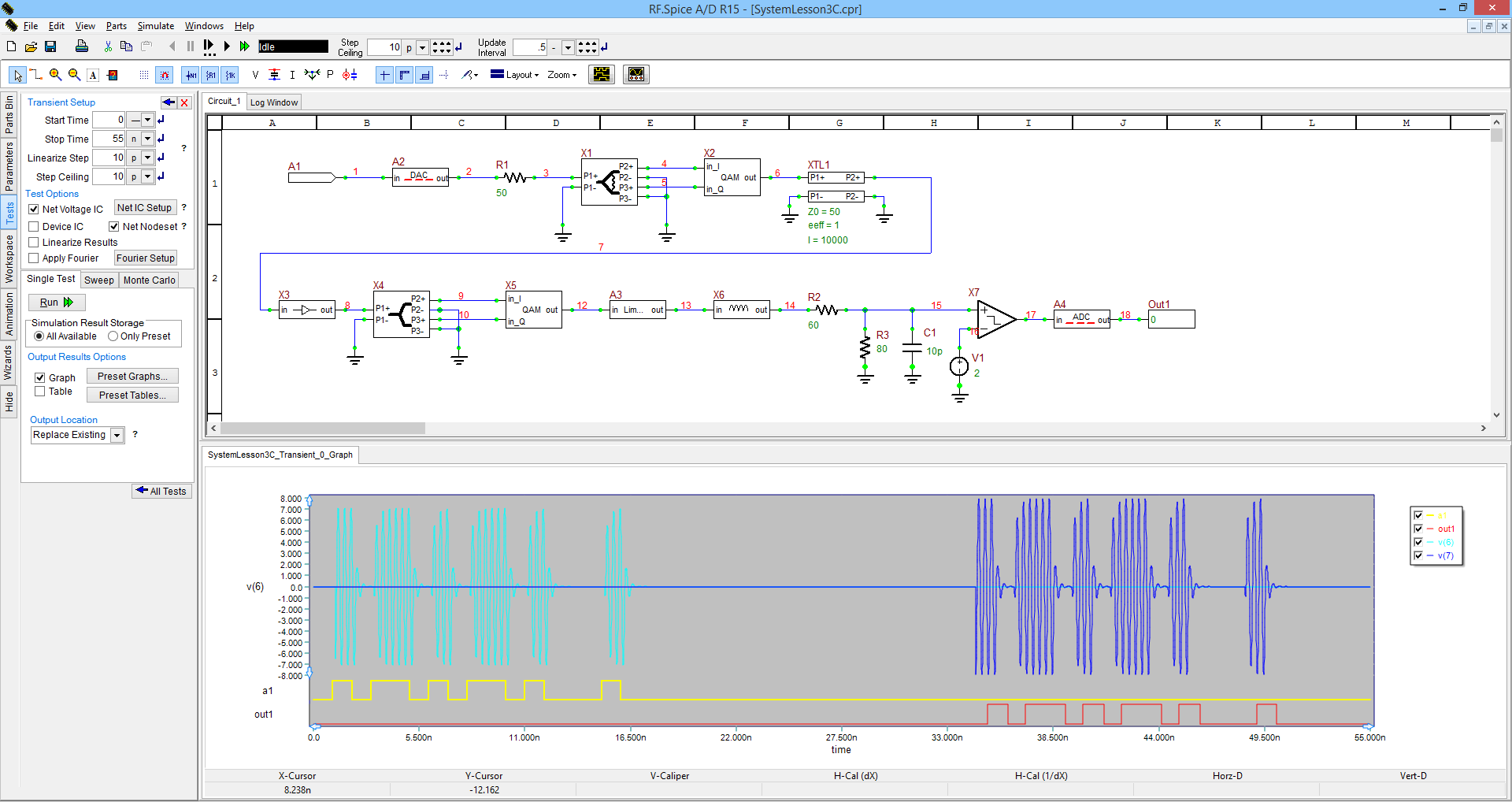 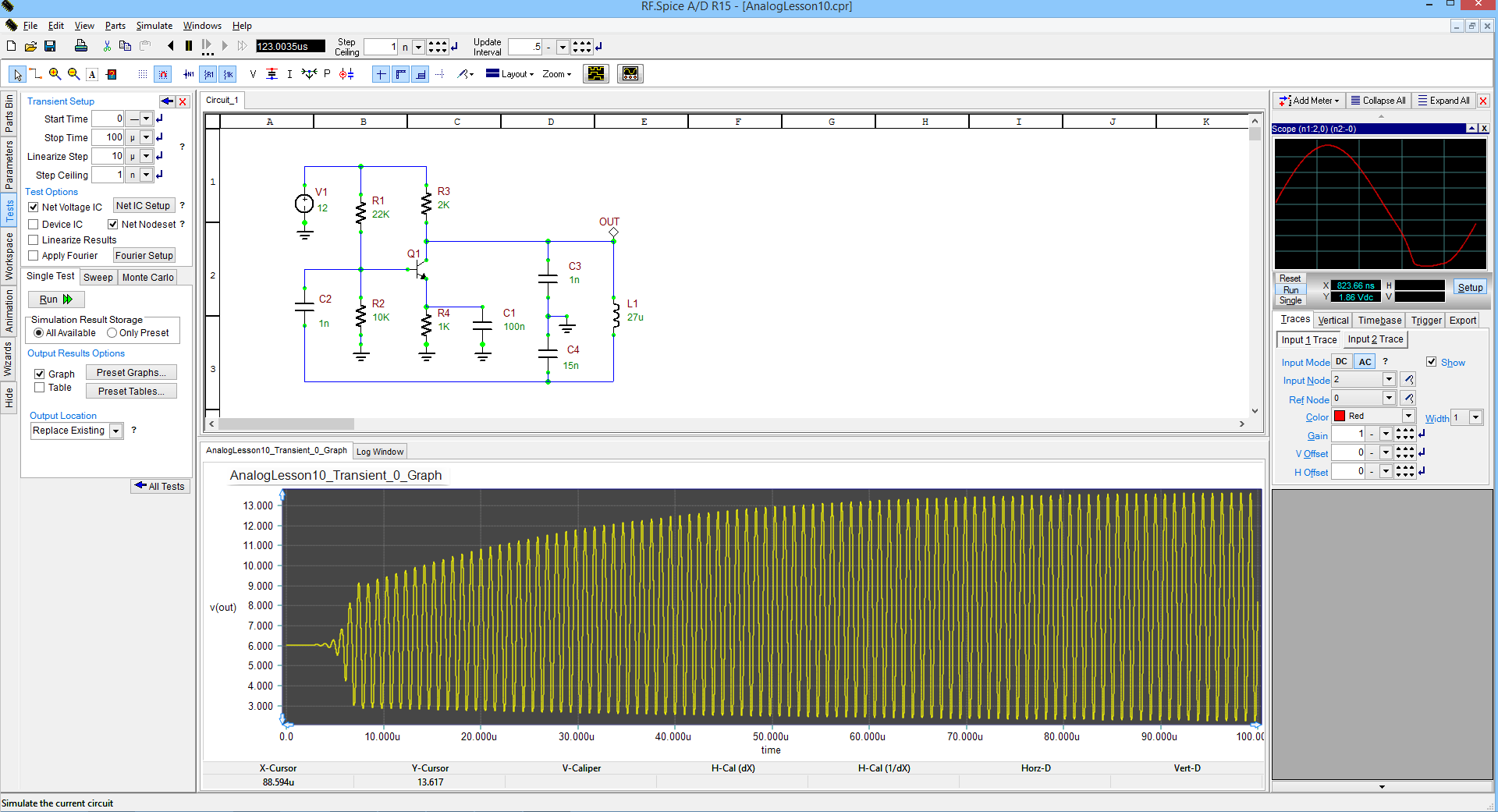 Affordable Circuit Simulation Software for Everyone!

RF.Spice A/D is the most affordable RF circuit simulation tool in the market. In order to keep the price of the software product low, EMAG Technologies Inc. does not offer a software maintenance contract for RF.Spice A/D. Instead, we offer affordable upgrade offers to the current users for a limited time after every major new release of the product. Incremental releases or bug fixes will be provided to the current users free of charge.

Due to popular demand, EMAG continues to market and distribute B2.Spice A/D as the “Lite Edition” of RF.Spice A/D. The scope of B2.Spice A/D is limited to analog and digital simulations and does not include transmission lines, multiport networks, RF devices, and a large collection of system-level virtual blocks.

EMAG offers special academic discounts for educational use of its products as well as multi-pack license discounts. Please contact us for more information about these programs.

In today’s crowded market, a large number of simulation software products are offered from amateur freeware to overpriced packages that cost a fortune. EMAG Technologies Inc. prides itself in offering the best price-performance combination. Our products are so affordable that anyone can access and use them, whether a large commercial enterprise, or a startup business or a small technical college. We pledge to offer the best value for your budget. EMAG Technologies Inc. guarantees to beat any competitive offer! So you can use RF.Spice A/D with absolute confidence in your investment. 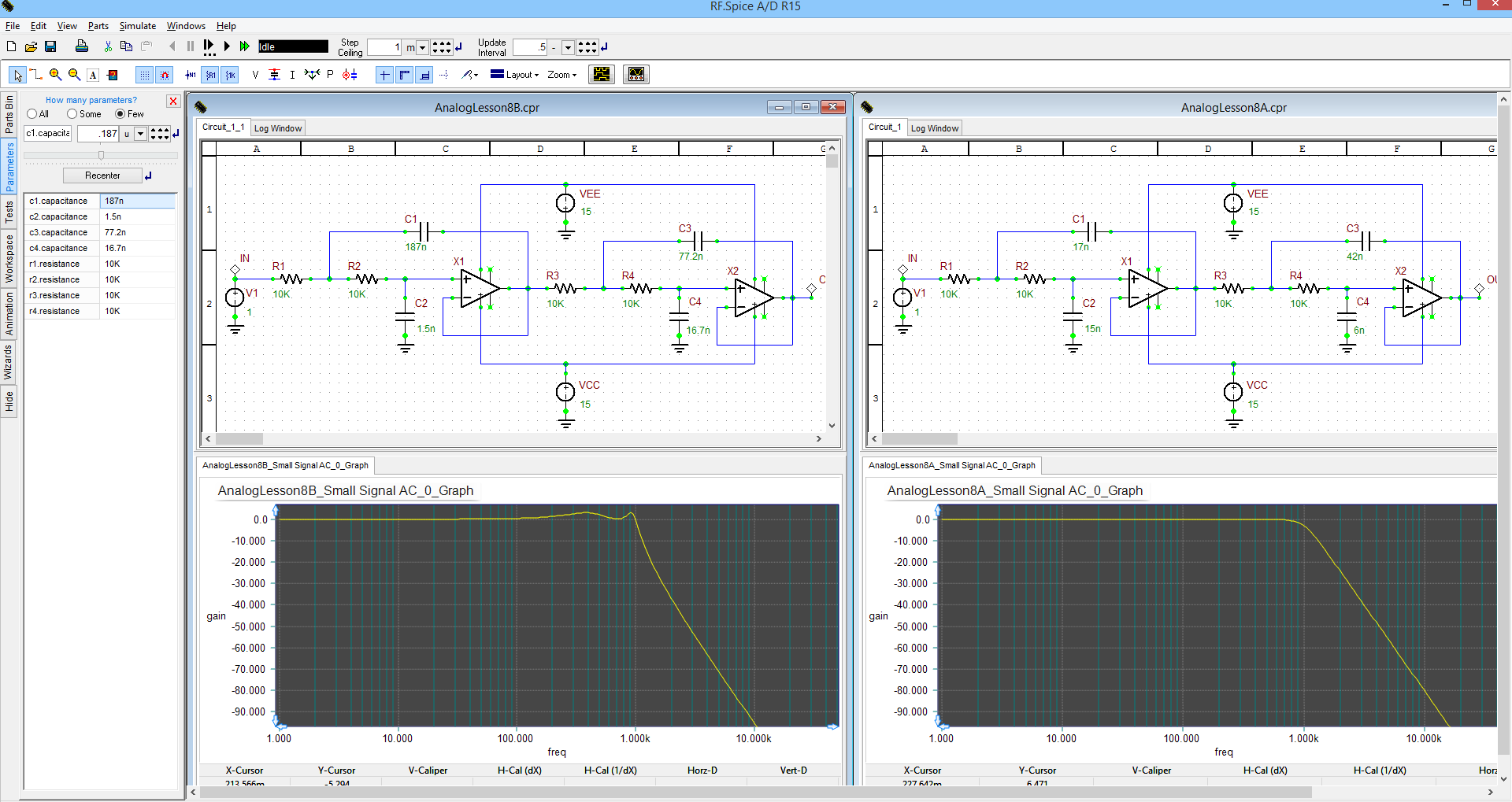